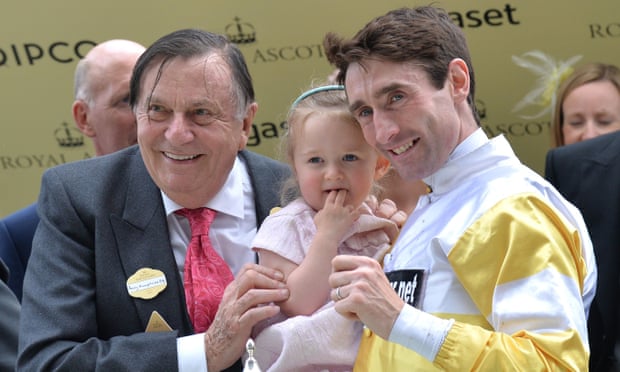 It’s always been a part of the family but my Uncle Jimmy was a big influence on me, he was a hunts master

What age did you first ride

When was first actual race ride

As a professional Rosscommon I was 16 yrs old and it was for Gerry Lynch. A filly in a hurdle race can’t remember her name but Jason Maguire won on her before he moved to England

I previously rode in pony races at 14-15yrs old

Weaknesses? My PR could be a lot better outside of the racecourse & I’m all or nothing. My temper can be hard to handle

Sir McCoy, Ruby Walsh , Richard Dunwoody, Paul Carberry, Timmy Murphy, Richard Johnson, Jamie Osborne , Conor O’Dwyer and when I came to England one of the best jockeys that was underrated Russ Garritty who was a big help to me when i was in my early 20’s.
I think as a rider u have to take the best parts of every jockey and use your own style

What & When was your first winner

Which would you regard as your biggest win so far

I’ve been lucky so far with Saturday winners including handicaps, graded & group races they were all big for me. But for the outside public I would have to say Royal Ascot Quiet reflection & for prize money

Like; whichever one I ride most winners at!
Dislike: the ones I can’t ride winners at!

Fav to many to mention! I would like to have ridden Kauto Star

Still working with the same animals (horses) , It trying to figure out rides u ride with who panics and who doesn’t!

We are all good friends!

What’s the worst part of the job

Someone else winning on something you can’t!

Anything from our local pub Crown & Cushion & the Jolly Farmer at Leavening. Drinks: Stella, white wine, water & (Red Bull only after sweating)

Dubai-Cheltenham-Leopardstown-Galway and a big one at York!!
Not greedy me!

One day:
Racing only with totes like France
People pay less at the gates so more people will come racing because betting is fair with the totes
Children under 16 free So children will fall in love with the animal again and not the betting side (at the moment our next generation will be gamblers with no life’s & families but bookies & the government will be the winners)

All weather racing five nights a week for low grade horses with 6 race cards £6k per race & price money for 1st, 2nd & 3rd
Best turned out prize money for the two best looking horses 1st place £150 2nd £50 for every race with local sponsorship,
& every local business gets a free pitch for the first year then after that £1000 to £600 depending on pitching areas

Then at Christmas the championship all weather card 6 races with prize money per races £80k pots 1st, 2nd & 3rd
So the grass races will run from February to 30th November with the biggest cards Tuesday, Thursday, Saturday 3 grass meeting on these day with two all weather cards but Wednesday/Friday 2 grass & two all weathers

And a bonus for champions on grass & all weather horses, jockeys, trainers & staff

First five home then bonus for best turned out horses through the yr for staff. Champions back to most winners trained & risen not best prize money. Jockeys Agents only allowed 10 jockeys on their bookies plus 2 from outside the UK that only come here a couple of days a week
🙄

To be a champion jockey whether it be flat , jumps or all weather!
And to ride wins in Dubai/Cheltenham

Thanks so much to Dougie for his fascinating and entertaining interview and giving me his time for you !